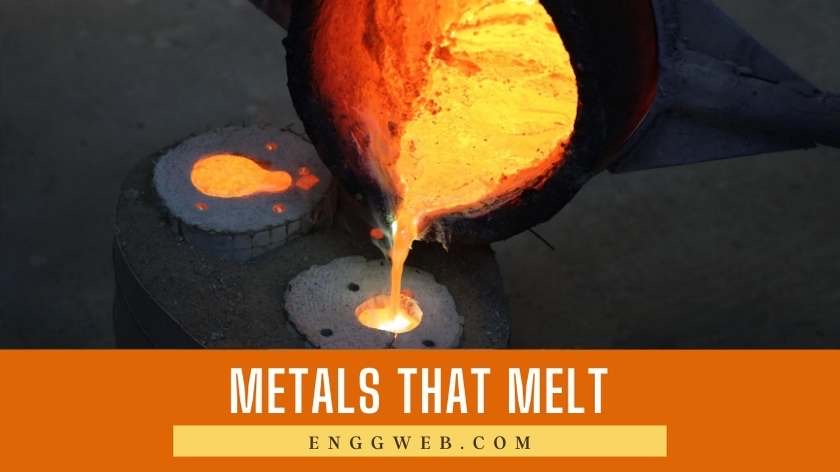 The process of melting metal is fascinating and incredibly useful to the human race. Do all metals melt, however? And do some metals melt easier than others? Read on to find out.

Do all Metals Melt?

Yes, all metals melt. Their melting points vary considerably, due to various factors, such as bond strength, atomic weight, and whether it’s a pure metal or alloy.

To understand this process, let’s first have a look at what “melting” is.
In the solid-state, metal ions are packed in specific, optimized arrangements, known as atomic lattices. They’re kept together by the inter-atomic bond strength, while each of them vibrates at a specific frequency. With increasing temperature, these bonds weaken, allowing the atoms to move farther apart and vibrate more vigorously. When these inter-atomic bonds weaken sufficiently, the bonds break, and the solid becomes a liquid. At extreme temperatures, these bonds become so weak that the metals boil and become gas. This is not something we can practically achieve for most metals since it requires temperatures far higher than most furnaces can produce.

What is the Easiest Metal to Melt?

Metal melting points vary greatly, mostly based on atomic weight and inter-atomic bond strength. Some metals are even liquid at room temperature.

Mercury is a liquid at room temperature. Also known as quicksilver, it appears as a shiny silvery liquid that is much heavier than water. Mercury is toxic, so always handle it with gloves.

Francium, the most electropositive of all known elements, is incredibly rare. It is also highly reactive and radioactive, with a maximum half-life of 22 minutes. This means that you won’t see this heavy metal in this form for very long. This metal is also incredibly soft, due to the large size of its atoms.

Cesium, a warm, silvery-gold metal, reacts violently with water. As is the case with Francium, Cesium is also soft due to its large atomic size. Cesium atoms are the largest of all known elements. In liquid form, Cesium looks like pale liquid gold. With its low melting point, you can do this by holding a container of Cesium in your hand.

Gallium is a widely available metal of greyish color. Since it has low toxicity, it is often used instead of mercury in home science experiments. Its low melting point allows it to melt in your gloved hand, or hot liquids. Magicians often use it in the “disappearing spoon” magic trick.

Rubidium is a soft, silvery-white metal that is highly reactive. It reacts violently with water and spontaneously ignites to form Rubidium Oxide.

Metal melting points depend on a variety of factors, such as atomic weight, inter-atomic bond strength, and the metal’s purity. Pure metals tend to melt more uniformly than their alloyed counterparts. However, all metals melt more uniformly than other non-metallic substances such as ice. This is due to metal’s high heat conductivity – metals are usually far denser than non-metallic substances. This denseness allows for even heat distribution through an entire piece of metal, even when only a small portion of it is exposed to heat. That explains why metal workers can safely melt and form large pieces of metal by heating only a portion of it.

What metals do not melt?

All refractory metals have a melting point above 2000⁰C, have a high hardness at room temperature, are chemically inert, and have a high density.

At 6170⁰F (3410⁰C), Tungsten has the highest melting point of all known metals. Even at high temperatures, Tungsten remains strong. It is thus widely used in applications requiring both high heat and high strength.

Tungsten is often alloyed with Nickel, Iron, and Copper – all of these at a maximum of 10%. Due to the high melting point, Tungsten components are produced through powder metallurgy. Here, the alloyed metals do not have a high diffusion value and thus do not travel far into the component’s interior. For this reason, the inner portion of Tungsten alloys tends to be pure Tungsten.

Niobium has a melting point of 4491⁰F (2477⁰C). This light grey, crystalline metal is similar to Titanium in hardness and has a ductility comparable to that of iron. Due to its low reactivity, Niobium is often used as an alternative to Nickel in jewelry.

Used mostly in alloys, even a 1% inclusion of Niobium enhances metal strength dramatically. It also enhances the temperature stability of its alloys. Considered a technology-critical element, Niobium is widely used in superconducting alloys, nuclear industries, electronics, optics, and other technical applications.

Molybdenum has a melting point of 4753⁰F (2623⁰C) and is used in similar applications to that of Tungsten. While Molybdenum alloys are inferior to Tungsten alloys, they are more manageable and less costly to produce, making them ideal for specific applications.

The most common Molybdenum alloy is TZM (titanium-zirconium-molybdenum), which includes Titanium at 0.5%, Zirconium at 0.08%, and Molybdenum as the remainder. TZM has an unusually creep resistance and is used at service temperatures exceeding 1940⁰F (1060⁰C).

Molybdenum is resistant to liquid Mercury corrosion and has a low friction coefficient, explaining its incorporation in greases and oils requiring a high level of reliability and performance.

With a melting point of 5458⁰F (3017⁰C), Tantalum is the most corrosion-resistant of all known substances. It is widely used in medical and surgical fields, as well as in highly corrosive environments.

Tantalum has an extremely high capacitance per volume, rendering it an essential component in miniature electronic components and circuitry. Tantalum capacitors are commonplace in cellular phones and computers.

Rhenium, the most recently discovered refractory metal, has a melting point of 5765 ⁰F (3185 ⁰C). Since this is a rare metal, it is the most expensive of all refractory metals. Including Rhenium in metal alloys in small portions improves tensile strength and ductility. That said, Rhenium is most widely used as a catalyst for various industrial chemical reactions.

Can I melt metal at home for jewelry?

Lots of jewelry is made of metals, specifically gold, silver, copper, and Nickel. Although metallic jewelry is usually produced using dedicated equipment, you can melt silver at home to make new jewelry pieces. Bear in mind that silver melts at 1763.24 ⁰F (961.8 ⁰C), so you must use protective equipment when attempting this process.

Before you start, prepare your mold – simpler shapes are more likely to produce desirable results. Once that’s in place, it’s time to melt your silver. If you’re using a large piece of silver, use a pair of clippers to cut it into small chunks. Doing this ensures that the metal melts evenly. Bear in mind that jewelry usually isn’t made of pure silver. For this reason, the melting point often varies.

Once your metal is in liquid form, pour it into the mold using the forceps. A quick, smooth movement ensures that the metals fill the mold before it sets again. Now, simply wait for it to cool before removing it from the mold.
Final Thoughts
While all metals melt, their melting points vary greatly. Some metals are liquids at room temperature, while others have incredibly high melting points. Not that you know how widely metals differ, we hope that you think of metals with renewed interest and curiosity. 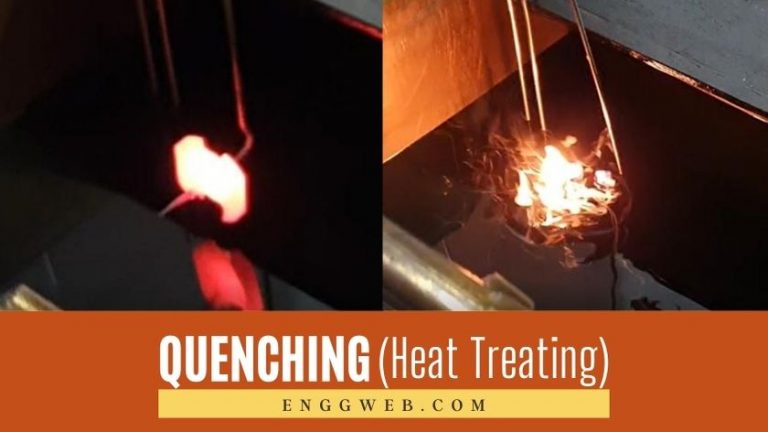 Complete guide to metal quenching process in heat treatment. Find out how and why quenching is done during hardening and the different mediums used. 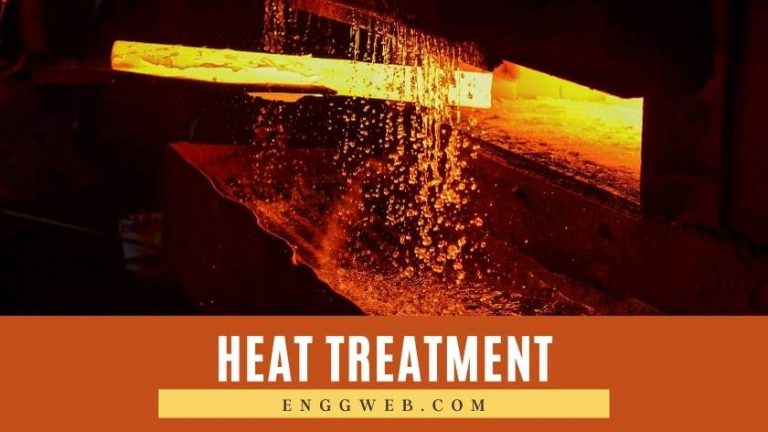 Complete guide to different metal heat treatment processes and their benefits. See why you should heat treat steel and the methods of heat treatment. 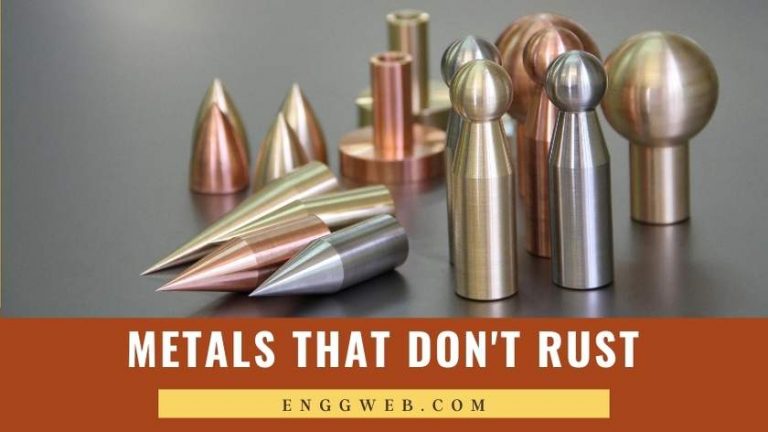 What is rust and what metals do not rust? See the corrosion-resistant metals list that and their uses. Find out which material is right for your work. 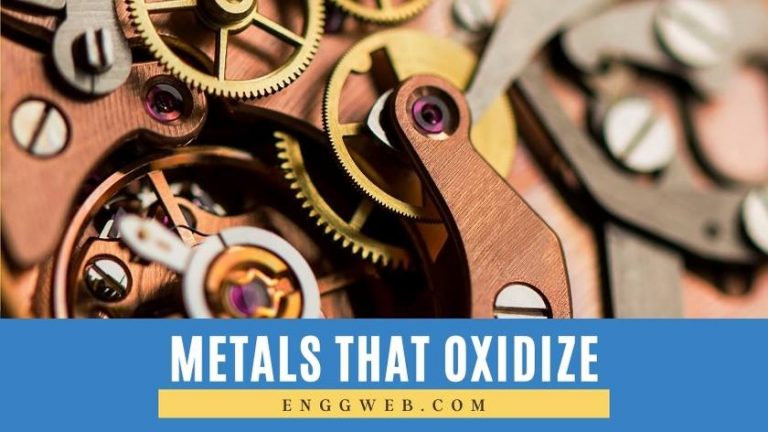 Do you know which is the easiest metal to oxidize? All about metal oxidization and corrosion and ways to prevent it and list of metals that oxidize.