Thinset and grout are cementitious products used in tiling applications, but they’re not the same thing. What’s the difference, and where would you use which? 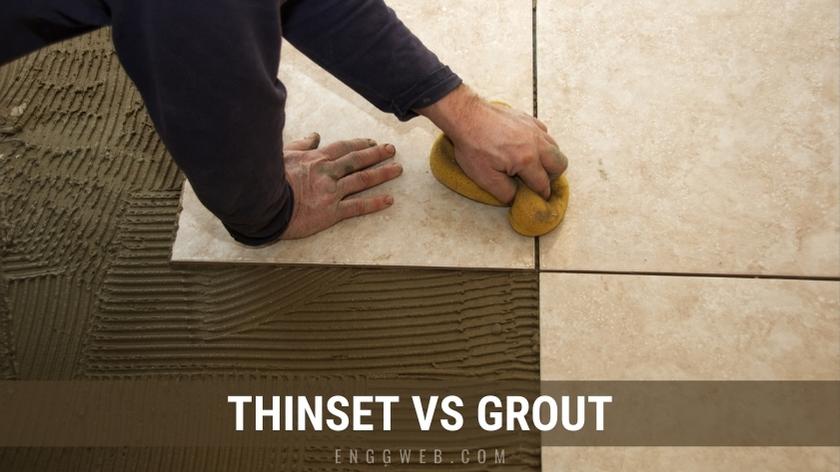 What’s the Difference Between Tile Grout and Thinset?

Thinset is a strong, cement-based adhesive used to stick tiles to a substrate. Grout is also cement-based, but it’s not an adhesive. Grout fills the spaces between the tiles once they’re installed – this neatens the finish and prevents impurities from entering the space between the tiles.

In short, grout is the filler and thinset is the adhesive.

Let’s take a look into the details to find out how grout and thinset work and when to use them.

What is Tile Grout?

Tile grout is used to fill the spaces between tiles once installed. Here, it neatens the surface finish while providing additional bonding between the tiles. It also prevents chips and cracks from forming on the tile edges since no impurities can enter the space between the tiles.

Typically, you would buy grout in pre-mixed, dry bags and add water on site, but you could also mix your own grout. Note that grout mixes should be done with extreme precision, which is why most people opt for pre-mixed bags.

Adding the water forms a thin slurry that is easily poured between the tiles. Once all the spaces between the tiles are filled, you will use a damp cloth to wipe the tiles and remove excess grout. Lastly, you’d leave the grout to set and harden.

Grout contains cement powder and additives that reduce the water demand and enhance the strength and flexibility of the hardened product. In some cases, the grout would also contain extremely fine sand, used as a filler material to decrease the cost. Typically, grout would also contain powdered pigments, adjusting the color according to the customer’s specifications.

Dry grout pre-mixes have a long shelf-life, as long as it remains properly sealed and not exposed to any humidity or other moisture sources. Adding the water starts the hydration reaction, where cement and water form hardened concrete. This reaction time varies based on the cement used, on-site temperature and other ambient conditions, and the additives included in the grout. Some projects require delayed setting, while others need quick-setting grouts. In typical projects, a setting time of 8-12 hours is acceptable.

Can I mix grout with cement?

Since grout already contains cement, it isn’t advisable to add more cement. If you need something that contains more cement than the pre-mixed grout, it would probably be best to mix your own from scratch.

Thinset, a cement-based adhesive, is similar to grout but contains additives to improve bonding properties. In layman’s terms, thinset is tiling grout with extra additives. It is used to stick tiles to substrates, such as walls and floors, and is often used in mosaic applications.

Thinset is more elastic than grout and also has improved water resistance. This renders it ideal to use in bathroom and kitchen tiling since it improves the waterproofing qualities of the finish and allows for shrinking and expansion of the tiles with changing temperatures. It is also less sloppy than grout since the consistency is thicker. It is a paste rather than a slurry.

When applying thinset, keep in mind that it sets far quicker than tiling grout. You can apply it across a broad area and clean up slightly later when using tiling grout. Thinset sets too quickly for that, so clean up as you go.

When creating a mosaic, you can mix thinset with tiling grout to change the consistency and color as the project requires. This is not recommended for tiling applications, though, since it could affect the adhesive properties, compromising quality.

Are thinset and mortar the same thing?

Thinset is often called mortar, but it’s not the same thing. Mortar is used to stick bricks together and doesn’t have adhesive properties on its own. You can’t stick tiles to a vertical surface using mortar. Thinset contains additives that create adhesive properties, making it ideal for tiling applications.

Mortar is similar to grout but courser. When placing bricks on mortar, the porous bricks absorb some moisture from the mortar mix. This dries the mortar slightly, shortening setting times and allowing greater strength gain. Mortar “sticks” bricks together through a physical bond: as the cementitious mixture sets, the hydration crystals interlock with the coarse bricks, holding them in place.

When should I use thinset?

Thinset is best used in high-traffic areas prone to moisture and temperature variations, such as bathrooms and kitchens. It can be used on walls and floors to facilitate a quick, robust, waterproof, and flexible bond.

Which is stronger, grout or thinset?

Thinset is much stronger than grout due to the adhesion-promoting additives it contains. Grout acts as a sealant, not adhesive.

Can I use thinset instead of grout?

You can use thinset instead of grout in some applications, although it’s not recommended. Thinset sets far quicker than grout, so you must clean as you go. If you don’t clean excess thinset off within two to three minutes, you probably won’t get it off. So, if you’re new to tiling or mosaic, or you’re not used to working with thinset, it’s not a good idea.

What happens if you use thinset instead of grout?

Thinset is much stronger than grout, so once in place, you’ll have a hard time removing it. It’s also much thicker, so it won’t fill cavities and uneven substrates, as well as grout does. Here, using thinset would likely leave holes in areas that should be filled with grout, compromising the product’s water resistance. Now, water and other impurities could seep through, causing long-term damage.

Should I Use Grout or Thinset?

Grout fills the spaces between tiles and provides an aesthetic finish. It’s not a structural component and should only be used for surface finishes. Tiling grout is generally available in various colors, most notable white, black, and grey.

Thinset provides structural bonding and is thus used to stick tiles to a substrate (typically walls or floors). You wouldn’t usually see thinset since it’s behind the tiles. That’s why you won’t find various color options. If you want to use thinset in an aesthetic application, you may need to mix in pigments. However, this should be done with some professional advice since some pigments could chemically interfere with thinset’s adhesive properties. 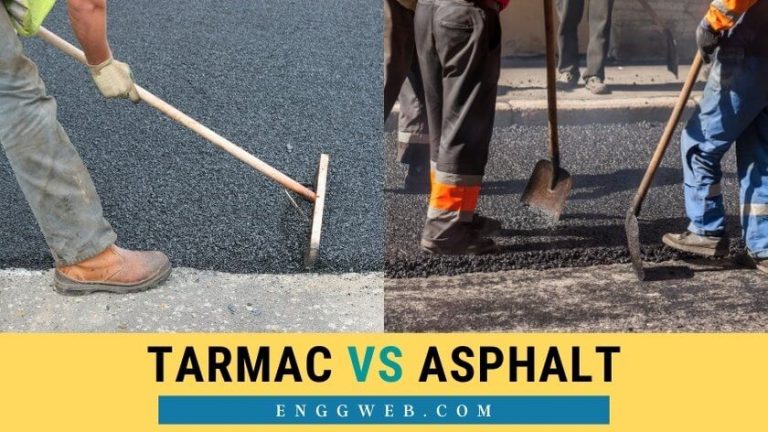 Asphalt and tarmac are widely used as surfaces for driveways, pavements, and roads. We also use their names interchangeably, but… 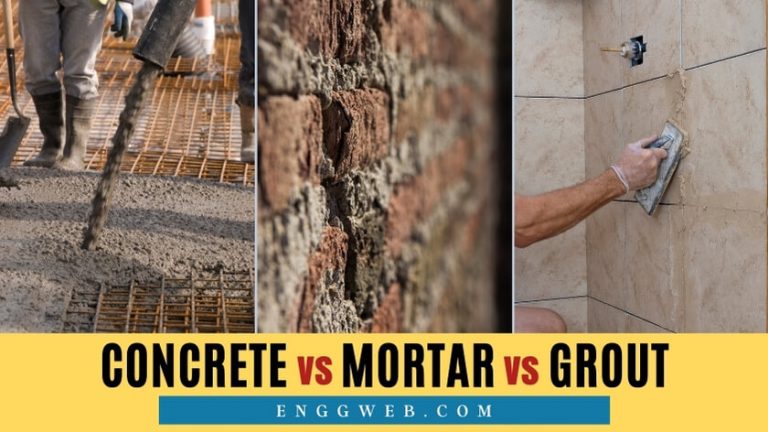 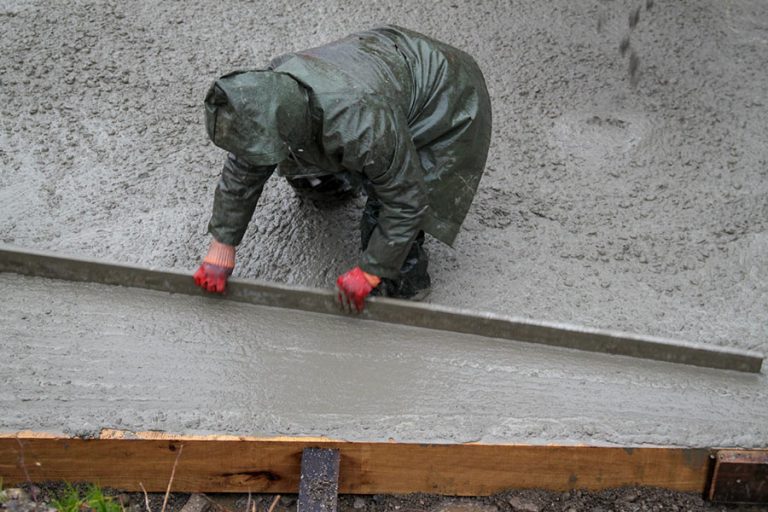 Construction never stops, and concreting in the rainy season is inevitable. What happens when it rains on freshly poured concrete,… 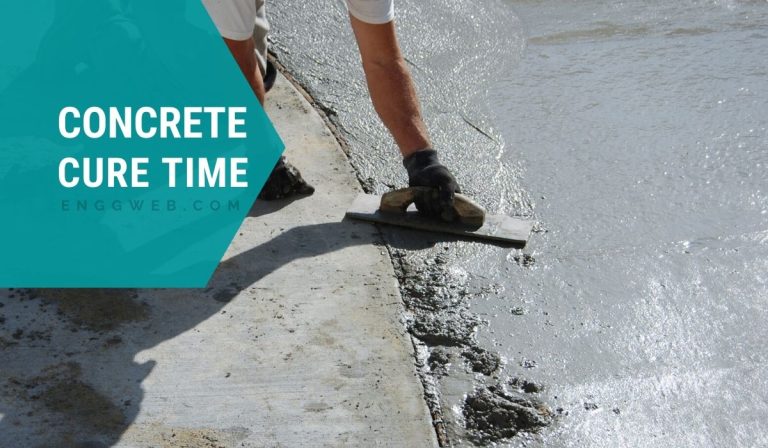 Fresh concrete needs time to harden before you can walk on it or place any form of weight on it…. 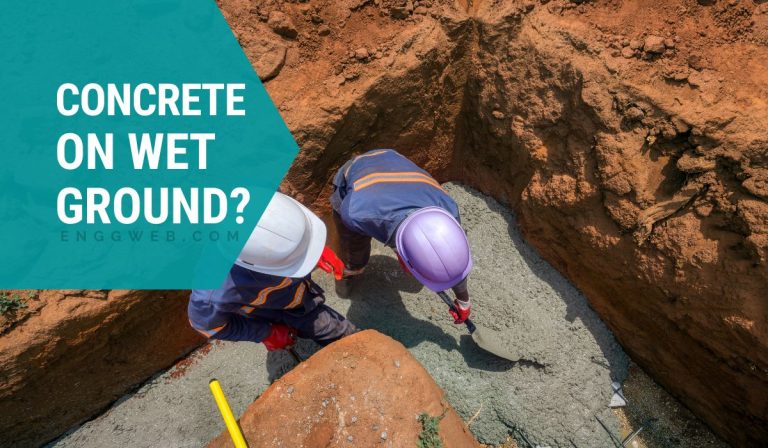 Concrete requires moisture to develop strength, but is it advisable to pour it on wet ground? What if the situation… 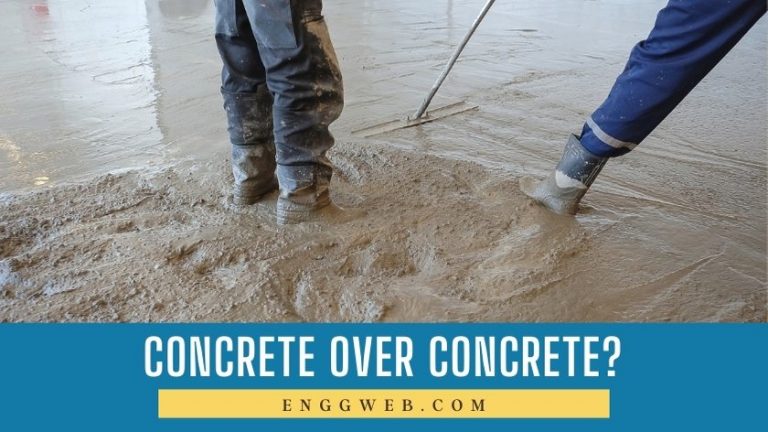